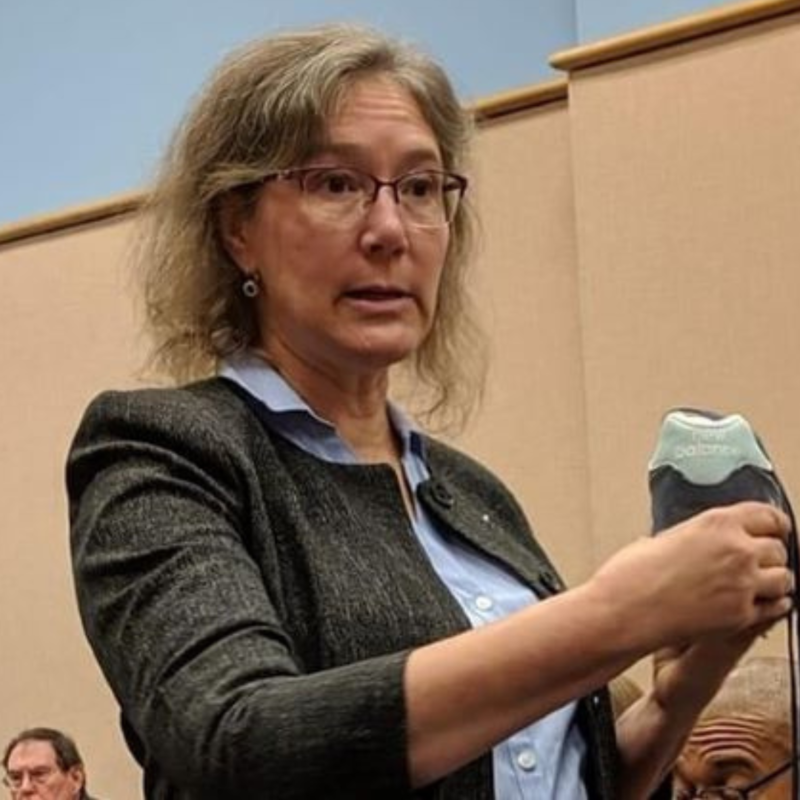 Dr. Laura Bottomley directs the Engineering Education Program, the Engineering Place for K-20 Outreach, and the Women in Engineering Program at North Carolina State University. She is also a Teaching Associate Professor in the Colleges of Engineering and Education.  She has taught every grade K through graduate school and has reached close to 200,000 students. She has received awards from the White House twice with the Presidential Award for Excellence in Mathematics, Science and Engineering Mentoring program. Bottomley is the founding Director of the Engineering Education program at NC State University. She has served in various roles in her professional societies, IEEE and ASEE, for more than thirty years. Bottomley is a Fellow of the American Society of Engineering Educators and a Fellow of IEEE. She received her bachelor's and master's degrees in electrical engineering from Virginia Tech in 1984 and 1985, respectively, and her Ph.D. in electrical engineering from NC State in 1992. She previously worked at Texas Instruments on the GPS system, at AT&T Bell Labs on ISDN standards and at Duke University teaching classes and directing a lab in the electrical engineering department. She has consulted with NASA, Lockheed Martin, Ericsson, IBM, and others.

Bottomley served as Associate Editor, IEEE Transactions on Education and Editor, Special issue on diversity from 2014-2019. She created a webinar for the IEEE Educational Activities Board (“A Train the Trainer Module for Pre-University Engineering Outreach Programs). She served as the lead author for the tutorial “The Role of Standards in Electrical Power Systems,” through the IEEE Educational Activities Board and IEEE Standards Association.

She represented IEEE on a National Academy of Engineering Committee: Engineering Equity Extension Service, recruitment of women into engineering, from 2007-2008. She also served as a keynote speaker for the IEEE Vehicular Technology Conference, September 2019. She was named an IEEE Fellow, in 2015, for leadership in increasing student interest in STEM education, and she received the IEEE EAB Meritorious Achievement Award in Informal Education in 2009. Bottomley has worked in the field of engineering education for more than 30 years. She is among the pioneers in the field of K-12 engineering outreach, and among the first to apply engineering research approaches to engineering education in the K-20 continuum. She started the Engineering Outreach program at both Duke and NC State Universities, for which work she was recognized by a Presidential Award for Excellence (PAESMEM).

Bottomley also started the Women in Engineering program, and helped bring the percentage of women engineering students from 14% to 33% in 2022. She founded the Engineering Education academic program at NC State, which will offer MS and PhD degrees, as well as a certificate in engineering education with a focus on integrative education for all students, and a particular focus on issues associated with research to practice. Dr. Bottomley has received numerous awards for her work, including being selected as a Robert Foster Cherry Award for Great Teaching, Baylor University, 2022 Semi-finalist.

Position Statement:
If elected to the position, what are the candidates plans and how will they help support the IEEE Education Society? I would value the opportunity to serve in this capacity to work together with others to keep the IEEE Education Society moving forward! We have been leaders in the world of professional societies with regards to the scholarship of education. I want to see us stay that way, AND continue to push the frontiers of scholarship around both theory and practice. I also would like to work toward obviating the need to put special attention on issues of inclusion, because we have developed a habit of inclusion in everything that we do. I would also like to continue efforts to link the IEEE Education society with education groups in other professional societies in new and creative ways, not to replace current efforts, but to continue them and expand them! 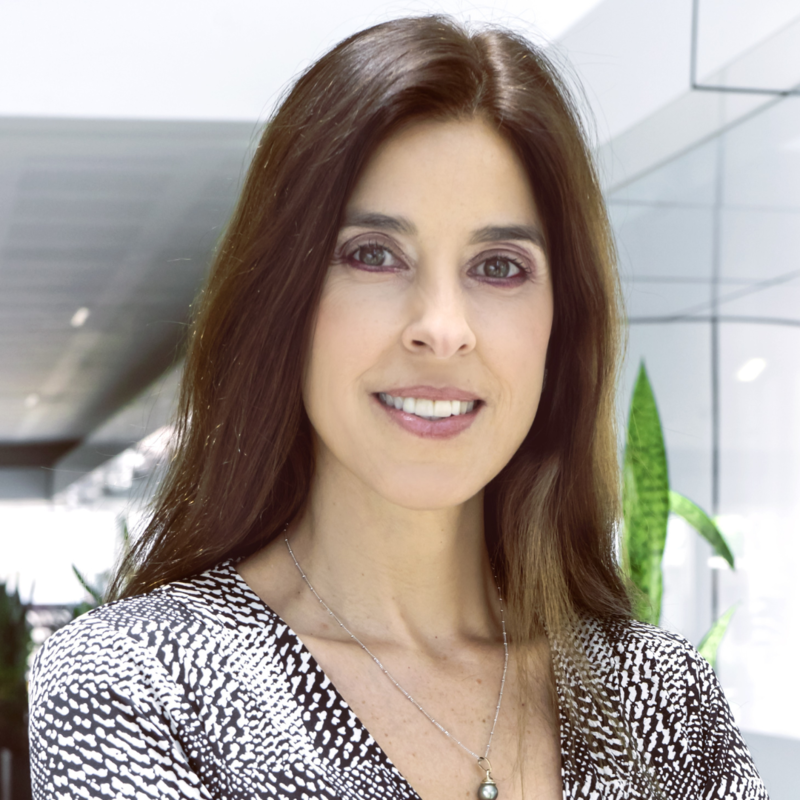 Ana Luna is the Associate Dean of Business Engineering at the Faculty of Engineering from the Universidad del Pacífico, Lima, Peru. She is a full time Professor and Researcher, she studied Physics, and holds  a PhD from the University of Buenos Aires, Argentina. She also colaborates as an Associate Researcher in INFISA group, Universidad Nacional Mayor de San Marcos, Lima, Peru.

Ana was a professor in distinct courses such as Mechanics, Fluids, Electricity, and Magnetism. As a Physics Coordinator, she was in charge of restructuring a multifunctional Physics Lab. For this work, she received the Innovative Project Award, which consisted of participating in a study program granted by SV Links in Silicon Valley, California, USA.

Her first research activity was carried out in the Solid Lasers Division at DEILAP. She developed, built, and studied the dynamics of a prototype of a self-pulsing solid laser pumped by diodes, suitable to be used as a source in a micro-device LIDAR. Then, within the area of Photonics, in the Applied Electromagnetism Group (UBA), she was devoted to the study of the generation of structural color in beetle species endemic. She has been the president of the UBA chapter of the International SPIE, vice president of the UBA chapter of the OSA, and a member of the Argentine Physical Association.

The latest passion that has attracted Ana's energy is how to improve the quality and throughput of undergraduate engineering education, that was why she decided to be an IEEE Education Society member in 2016. In 2017, she received the 3rd Prize in the V Internal contest of Educational Innovation at UP for her work titled How to motivate interest in the Physics course in Business and Information Engineering students without dying in the attempt? Since 2017, Ana has been actively participating in the IEEE EDUNINE Engineering Education Congress; presenting research papers and workshops. She has been also collaborating as a chair and reviewer since 2018. She also participated in the IEEE TALE 2018, Engineering Next-Generation Learning, Conference of the IEEE Education Society (Wollongong, Australia). In 2019, she was the President and local organizer of the III EDUNINE edition in Lima, Peru, at UP. In this event, she received a recognition award for the outstanding contributions and a Best Paper Award, for the work Operational Research and Machine Learning: An Engineering Course. She also received a meritorious award in recognition of her service and dedication to the EDUNINE Congress, for which she was designated a permanent member of the EDUNINE Steering Committee. From 2020 to present, Ana is an Associate Editor of the IEEE RITA Journal. Besides, she is actually, the mentor of the IEEE UP Women in Engineering Student Branch since 2020. In this year, she was promoted to a IEEE Senior member. In the last two editions of EDUNINE Conferences, Ana received an outstanding IEEE recognition award, for her dedication supporting to the Engineering Education. And, in the last EDUNINE VI 2022, she contributed to the formation of a panel integrated by women engineers who shared their work experiences and challenges.

Position Statement:
The candidate plans are to contribute to the IEEE Education Society, participate in events, dedicate time to the topics to be discussed, and identify the needs of the Education Society. The candidate will also help support the creation of IEEE Education Society networks, discussion spaces, and contributing aspects of improvement for the benefit of engineering education and all its members. Ana is an ideal candidate for the position because she has been a member of the IEEE for more than 6 years and actively participates in the Region 9 Engineering Education Congress, which strengthened her abilities to work as a team with people from all over the world, different origins, nationalities, and cultures. Additionally, she is committed to the participation of women in education and their promotion in science. She is the advisor of the WIE student branch at Universidaddel Pacífico, a volunteer work that gave her the possibility of managing, executing strategies, and plan activities for female insertion in STEM careers, reinforcing her soft skills such as effective communication and responsibility. Being part of the BoG will allow her to further strengthen her commitment to the IEEE Education Society, make constructive and practical contributions based on her training and experience; and contribute from another cultural vision to this position. 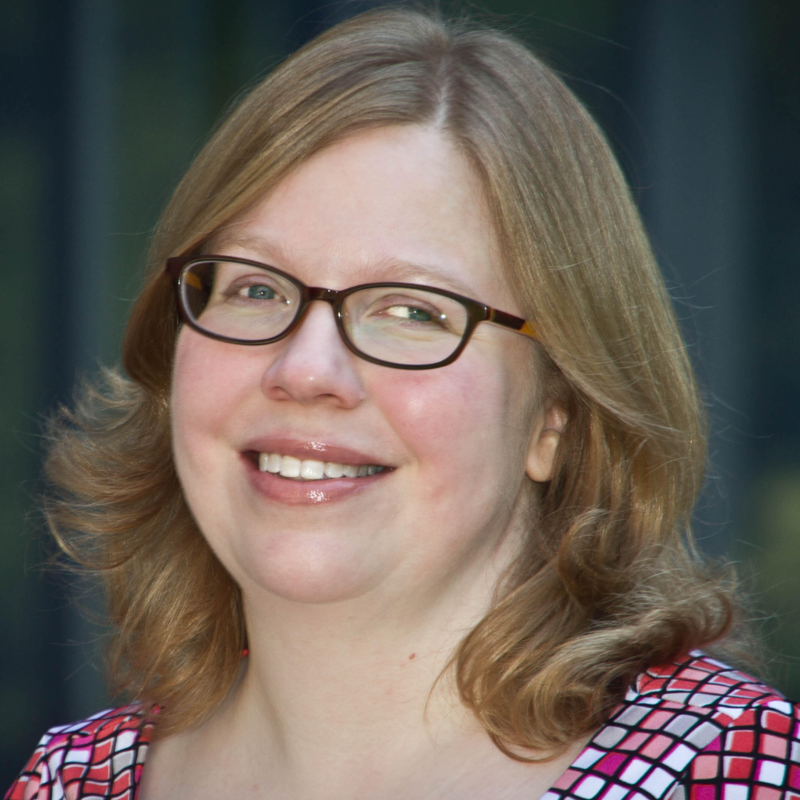 I am an Associate Professor of Electrical and Computer Engineering at George Mason University. I received a BS in Electrical Engineering and a BA in Economics from Rice University and an MS and PhD in Electrical Engineering from the University of Illinois at Urbana-Champaign. My disciplinary research lies in statistical signal processing, specifically detection and estimation for applications in sonar, target tracking, and physical layer communications. I also study machine intelligence as it applies to automating active sonar and developing collaborative intelligent radio networks. My STEM education research focuses on faculty teaching development, specifically using discipline-based communities of practice to promote sustained adoption of research-supported teaching practices. I lead an NSF-funded Institutional and Community Transformation effort to build a culture of inquiry-based learning in STEM using course-based communities of practice and a grassroots change model.

I have been active in IEEE through a variety of roles, including as a Member-at-Large of the IEEE Education Society Board of Governors from 2020-2022. I served as Chair of the Northern Virginia Chapter of the IEEE Signal Processing Society from 2010-2011 and as the Vice Chair in 2009. In addition, I served as the Finance Chair of the 2016 IEEE Global Conference on Signal and Information Processing (GlobalSIP). In 2016, I was a featured speaker in the IEEE Signal Processing Society Careers in Signal Processing video series. Finally, I was the faculty advisor to the IEEE Student Chapter at George Mason University from 2006-2020. Outside IEEE, I served as a faculty representative to the George Mason University Board of Visitors and as a member of the Academic Programs Committee from 2014-2018. I am a 2010 recipient of the National Science Foundation (NSF) CAREER Award, the 2014 recipient of the Mac Van Valkenburg Early Career Teaching Award, and the inaugural (2017) recipient of the George Mason University John Toups Medal for Excellence in Teaching.

Much of my engineering education research centers on studying models for broadening the adoption of evidence-based teaching practices in engineering, as well as in other STEM disciplines. I have engaged with the engineering education community through a variety of activities. I participated in the NAE Frontiers of Engineering Education Symposium in 2012 and was a co-leader of the ASEE Virtual Community of Practice (VCP) for electrical engineering instructors in 2013-14. I completed the PKAL STEM Leadership Institute in 2015. In 2017, I participated in the NSF-funded “Building Research Capacity for STEM Faculty Development” workshop. I have served as a Program Director in NSF’s Division of Undergraduate Education. I am also Chair of the ASEE Faculty Development Division, where I focus on structures to support instructors as they move toward research-supported teaching methods. 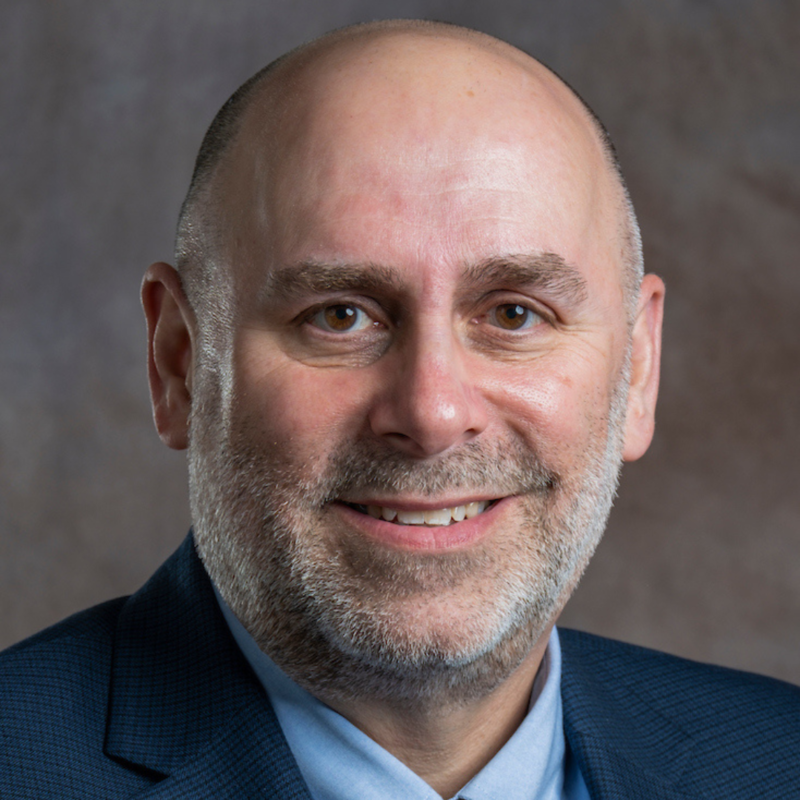 Position Statement:
I believe every working engineer has a responsibility to give back to our profession. I have a passion for and a strong interest in systematically introducing engineering into the pre-university, K-12 level, and building successful programs to see students succeed in engineering at the university level.  If selected, I will work to help the Education Society 1) expand and promote EdSoc Conferences, 2) strive for systemic and lasting differences in pre-university, K-12 and undergraduate education in engineering throughout all IEEE Regions, and 3) work within the Society to ensure it remains strong, effective, and fiscally sound.
As we continue to emerge from a pandemic and become a more interconnected, community through all IEEE Regions, and as we identify issues on local and global scales that require an engineering solution, I firmly believe the IEEE Education Society is an organization which can make a difference.  I’ve attended Frontiers in Education for decades, and believe it’s one of the best means for dissemination within the Engineering Education community.  Other conferences sponsored by the Society are outstanding.  Beyond conferences, I believe the infrastructure exists within the Education Society to affect positive change. The Society has a suite of publications and resources in place, and a strong record of achievement.  I believe in the mission and share a passion for engineering education, and would be honored to serve in this role.