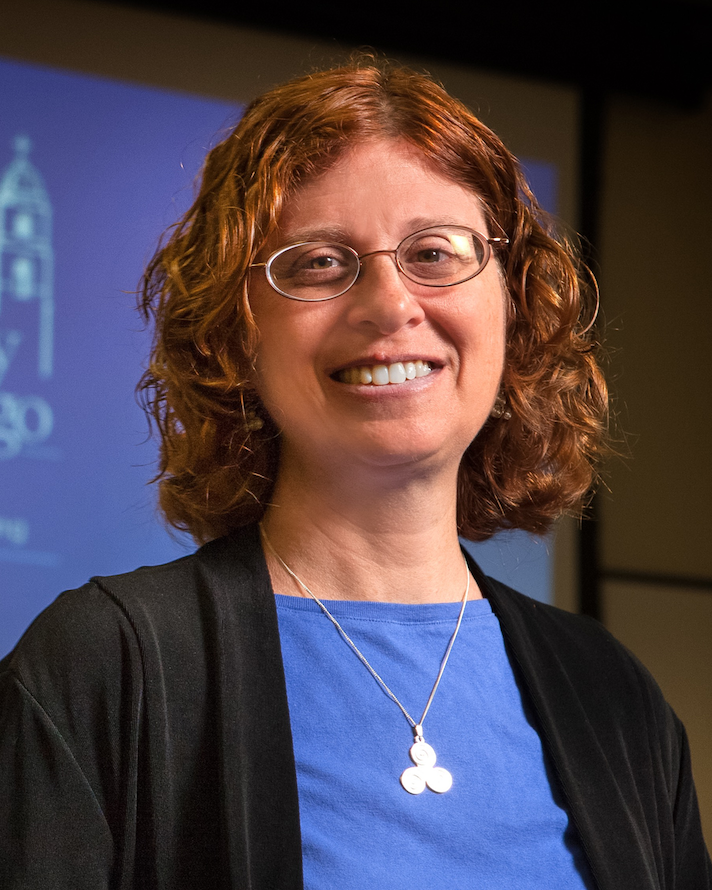 Dr. Lord’s research has been supported by several National Science Foundation (NSF) grants from programs including CAREER, gender in science and engineering (GSE), and research in engineering education (REE). Her research focuses on the study and promotion of diversity in engineering including student pathways, diverse populations including Latinos and military veterans, and cross-cultural studies with non-U.S. students. She is part of the USD team working on “Developing Changemaking Engineers”, funded by the NSF Revolutionizing Engineering Departments (RED) program.

Since entering college, Dr. Lord has been committed to increasing diversity in engineering particularly supporting women and underrepresented minorities. She co-authored The Borderlands of Education: Latinas in Engineering with Dr. Michelle Madsen Camacho of the USD Sociology Department. She and her research team have received best paper awards from the Journal of Engineering Education and the IEEE Transactions on Education and the 2013 WEPAN Betty Vetter Award for Research.

Dr. Lord is active in the international engineering education community. She served as General Co-Chair of the 2006 Frontiers in Education (FIE) Conference and as the Vice President (2007-2008) and President (2009-2010) of the IEEE Education Society. Dr. Lord is an Associate Editor of the IEEE Transactions on Education and the Journal of Engineering Education. She joined the National Effective Teaching Institute (NETI) facilitation team in 2015 conducting annual workshops for engineering educators 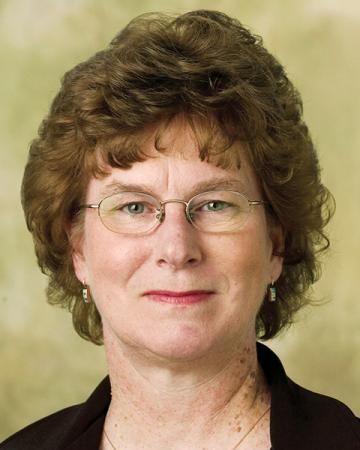 Dr. Conry teaches in a variety of areas in computer engineering, ranging from software engineering and areas such as database systems and computer graphics to digital systems design, microprocessors, computer architecture, and parallel and distributed systems.

Professor Conry's work is currently focused on multiagent systems. Multiagent systems are at the heart of a wide variety of applications in distributed environments. Work in this area is both theoretical and pragmatic. For example, development of distributed problem solving systems requires theoretical models of agent interaction that allow agents in a distributed multiagent system to acquire the knowledge that they need to solve problems in a coherent fashion. This involves development of coordination protocols, internal modeling of what other agents "know", and mechanisms for assessment of current problem solving status. On the pragmatic side, coordination protocols must be computationally tractable, they must minimize the communication overhead, and they must result in reasonable performance profiles. Implementation and experimental research is the mechanism that is used for model verification. 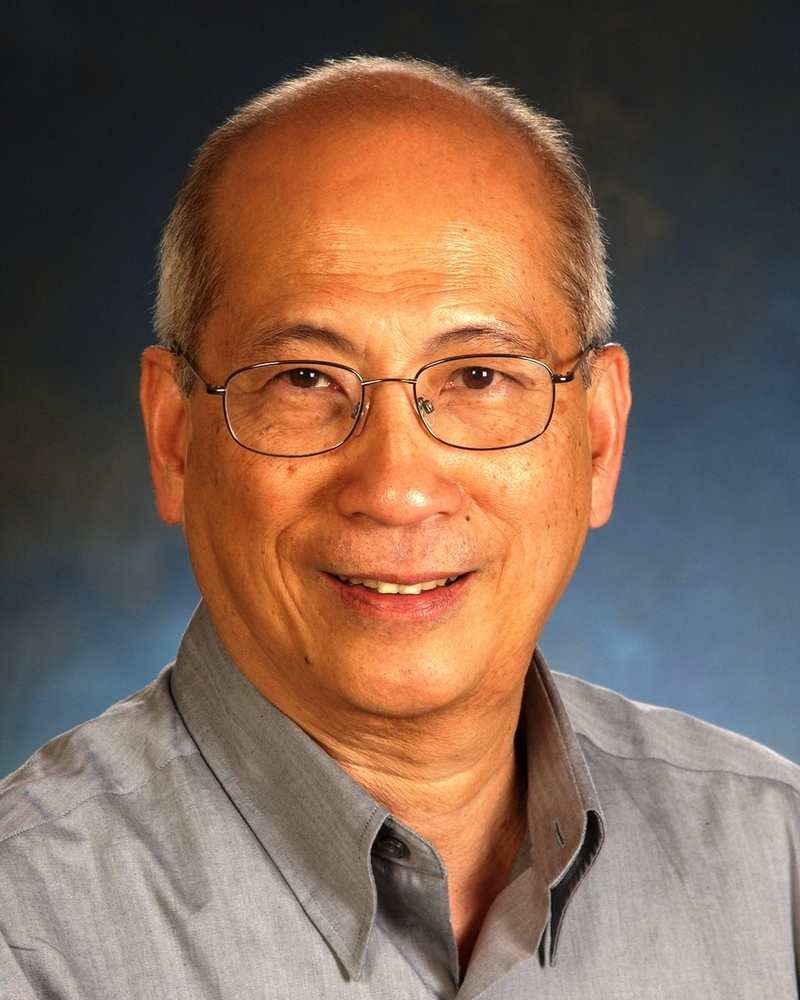 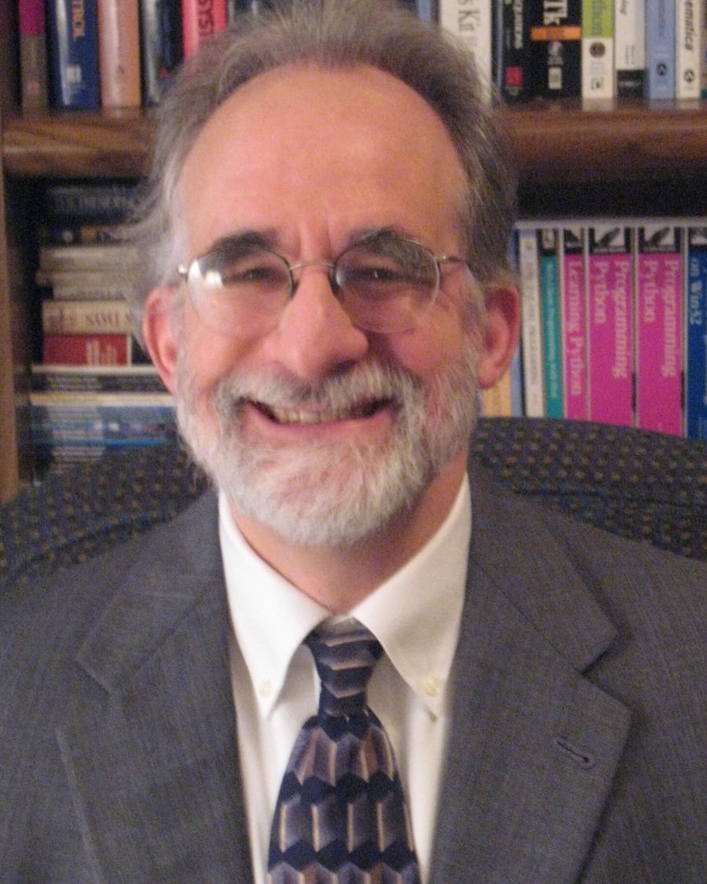 Prof. Jeffrey E. Froyd has been recognized worldwide as an engineering education pioneer and for his achievements in various areas, including integrated curriculum development and evaluation; adoption, institutionalization, and propagation of educational innovations; curriculum redesign; and faculty development.

He has served as Project Director for a National Science Foundation (NSF) Engineering Education Coalition in which six institutions systematically renewed, assessed, and institutionalized innovative, integrated undergraduate engineering curricula. He has offered over 30 workshops on faculty development, curricular change processes, curriculum redesign and assessment in the U.S. and abroad.

Before joining the Department of Engineering Education of Ohio State University as a professor in November 2017, Prof. Froyd spent 18 years at Texas A&M University, most recently as a Research Professor in the Office of Engineering Academic and Student Affairs. Previously, he was a professor of Electrical and Computer Engineering at Rose-Hulman. There, he co-created the Integrated First-Year Curriculum in Science, Engineering and Mathematics, which was recognized in 1997 with a Hesburgh Award Certificate of Excellence. 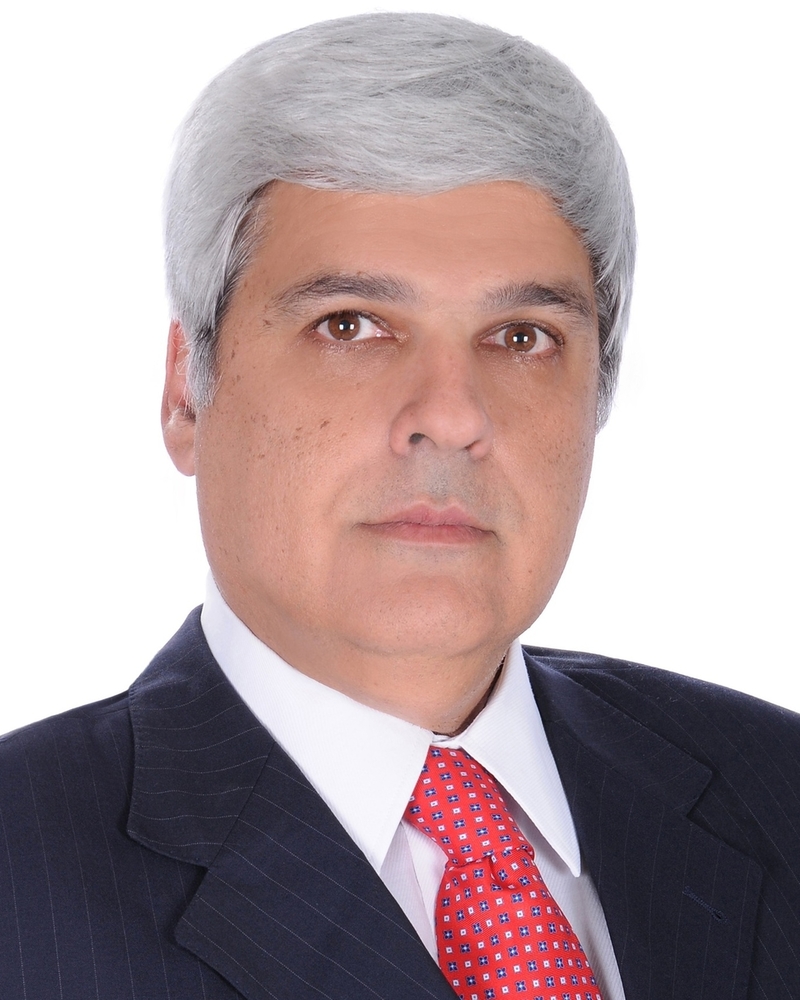 Germano Lambert-Torres (S’87–M’91–SM’13–F’14) received the Ph.D. degree in electrical engineering from the École Polytechnique de Montreal, Montreal, QC, Canada, in 1990.,He was a Professor with Itajuba Federal University, Itajubá, Brazil, where he also served as the Dean. He has taught numerous IEEE tutorials in the U.S., Europe, and Asia. He is currently the Director of Research and Development with PS Solutions, Itajubá. He serves as a Consultant for many power industries in Brazil and South America, with more than 150 research and development developed projects. He has completed more than 70 M.Sc. and Ph.D. thesis supervisions, has authored over 500 journal and conference technical papers, and has also authored/edited or co-authored nine books, over 30 book chapters, and 50 transactions papers in intelligent systems and nonclassical logic. 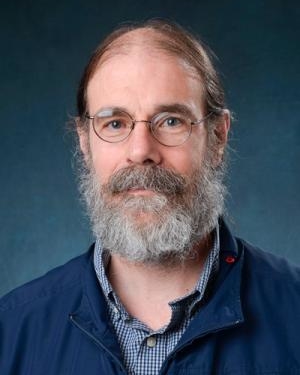 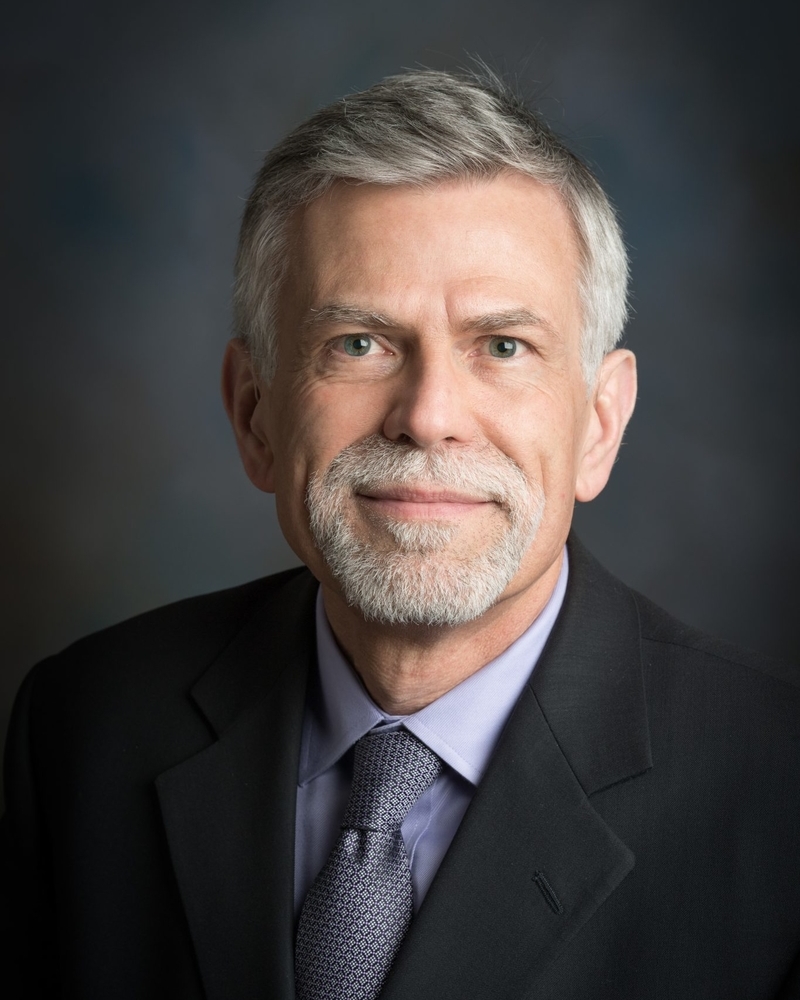 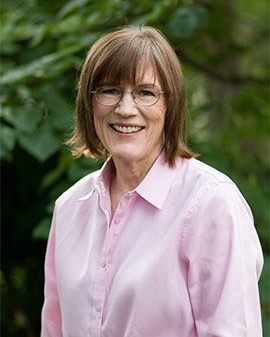 Barbara Oakley, PhD, PE is a Professor of Engineering at Oakland University in Rochester, Michigan; the Ramón y Cajal Distinguished Scholar of Global Digital Learning at McMaster University; and Coursera’s inaugural “Innovation Instructor.” Her work focuses on the complex relationship between neuroscience and social behavior. Dr. Oakley’s research has been described as “revolutionary” in the Wall Street Journal—she has published in outlets as varied as the Proceedings of the National Academy of Sciences, the Wall Street Journal, and The New York Times. She has won numerous teaching awards, including the American Society of Engineering Education’s Chester F. Carlson Award for technical innovation in engineering education. Together with Terrence Sejnowski, the Francis Crick Professor at the Salk Institute, she co-teaches Coursera – UC San Diego’s “Learning How to Learn,” the world’s most popular massive open online course. Her books include A Mind for Numbers: How to Excel at Math and Science (Even If You Flunked Algebra), (Penguin, 2014); Mindshift: Break Through Obstacles to Learning and Discover Your Hidden Potential (Penguin, 2017); and Learning How to Learn: How to Succeed in School Without Spending All Your Time Studying; A Guide for Kids and Teens (Penguin, 2018). Dr. Oakley has adventured widely through her lifetime. She rose from the ranks of Private to Captain in the U.S. Army, during which time she was recognized as a Distinguished Military Scholar. She also worked as a communications expert at the South Pole Station in Antarctica, and has served as a Russian translator on board Soviet trawlers on the Bering Sea. Dr. Oakley is an elected Fellow of the Institute of Electrical and Electronic Engineers and the American Institute for Medical and Biological Engineering.

Asrar U.H. Sheikh graduated from the University of Engineering and Technology, Lahore, Pakistan with first-class honors degree in 1964 and received his M. Sc. and Ph.D. degrees from the University of Birmingham, England, in 1966 and 1969 respectively. Professor Sheikh has vast experience in education and research in several developing and developed countries. He held positions in Pakistan, Iran, UK, and Libya before joining Carleton University, Ottawa in 1981, first as an Associate Professor and later as a Professor and Associate Chairman for Graduate Studies. He was a Professor and Associate Head of the Department of Electronic and Information Engineering at the Hong Kong Polytechnic University, where he established the Wireless Information Systems Research (WISR) Centre. In March 2000, he joined KFUPM as Bugshan/Bell Lab Chair in Telecommunications, the first chair professorship in Saudi Arabia. At KFUPM, he established Telecommunications Research Laboratory (TRL). He also established teaching laboratories in Iran and Libya. He held the position of the Rector, Foundation University Islamabad, Pakistan during his leave of absence from KFUPM last year.

Professor Sheikh is the author of a recently published book, Wireless Communications – Theory & Techniques published by Springer, USA in 2004. Earlier he contributed a chapter on wireless communications in a book on Telecommunications in Canada in 1986. He has published over 270 papers in international journals and conference proceedings. He also authored or co-authored 32 technical reports. Dr. Sheikh has delivered several keynote speeches at international conferences. Dr. Sheikh also received several honors and awards - 1984 Paul Adorian Premium from IERE (London), Teaching Achievement Awards in 1984 and 1986, and Research Achievement Award in 1994 (Carleton University), and Research Excellence Awards (College of Engineering Sciences, KFUPM) in 2005 and 2006.

Dr. Sheikh has been consultant to many private companies and government agencies. His other interests include helping developing countries in education and research. He held assignments under UNDP's sustained Development Program. Dr. Sheikh is listed in Marquis’s Who’s Who in the world and Who’s Who in Science and Engineering. He is a member of Institution of Engineers Pakistan. He is a Fellow of the IEEE and a Fellow of the IET (London). 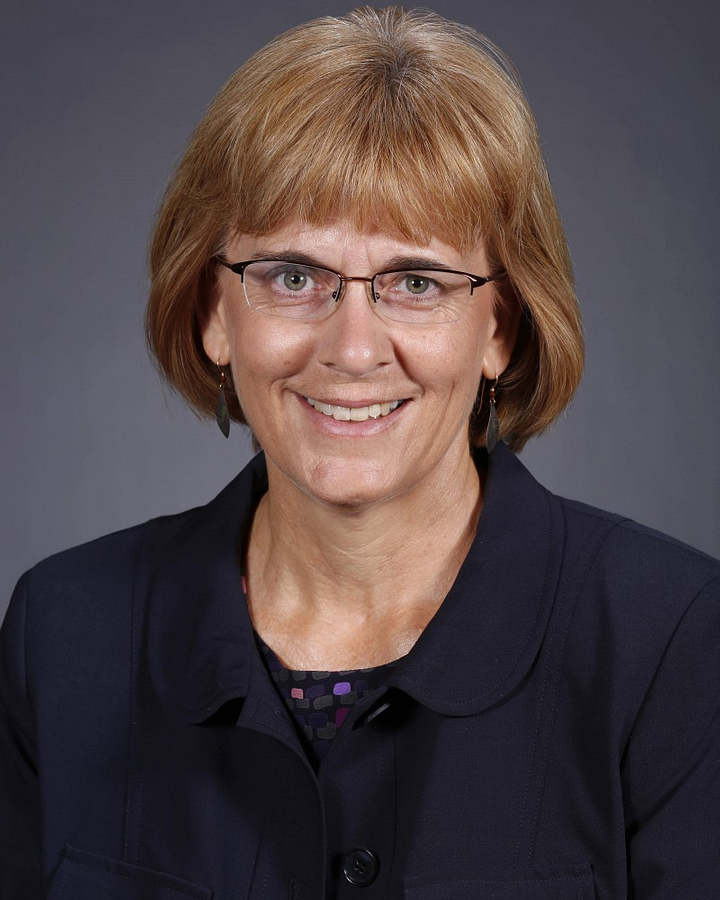 Diane Rover has been a professor in the Department of Electrical and Computer Engineering at Iowa State University since 2001, and was named University Professor in 2015. She currently serves as the director for two large-scale, NSF-funded programs: IINspire LSAMP is an alliance of sixteen institutions in Iowa, Illinois and Nebraska to broaden participation in STEM; and [email protected] is a campus-wide program to support the broader impacts work of faculty. She is principal investigator of an NSF grant at ISU to investigate STEM faculty engagement with broader impacts. She is also co-PI for a nation-wide grant to establish the National Alliance for Broader Impacts. She has also been the principal investigator on NSF STEP and S-STEM grants at Iowa State that have focused on the recruitment, retention and success of engineering students. Dr. Rover has served on the IEEE Committee on Engineering Accreditation Activities and on the IEEE Education Society Board of Governors. She represented IEEE on the Engineering Accreditation Commission of ABET from 2009-2014 and began a term on the EAC Executive Committee in 2015. She began serving as an IEEE ABET program evaluator for computer engineering in 2002. From 1996-1998, she was director of technical activities for the IEEE Southeastern Michigan Section. Starting in 2009, she held officer positions in the ASEE ECE Division. She served as program chair for the ECE Division for the 2010 ASEE Annual Conference. From 2000-2008, she led the Academic Bookshelf column as a senior associate editor for the ASEE Journal of Engineering Education.

Dr. Rover is a 2016 IEEE Fellow, 2012 ASEE Fellow and member of the IEEE Computer Society, the IEEE Education Society, and the ASEE. She currently serves as a representative for Iowa State in the National Center for Women and Information Technology (NCWIT). She received an NSF CAREER Award in 1996.